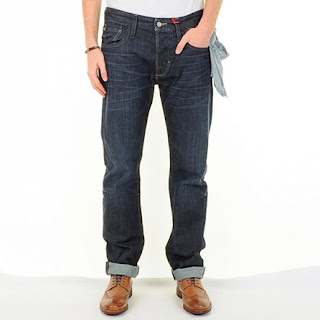 Replay was established in 1978 as Italian shirt makers, producing a superb range of tailored shirts under the Replay name. Three years after the launch business had begun to boom and in 1981 Replay jeans were manufactured and sold for the first time. Now in 2011 we at Mainline Menswear can celebrate Replay’s 30th Anniversary with them by stocking and selling their superb limited edition 30th Anniversary Replay jeans that come complete with an amazing Replay bandana and some amazing early jeans edition features and design details. We’re going to have a look at these in this article, and highlight why these jeans are a must have for jeans fans and Christmas presents.

Brand new to the site this week Replay have launched these jeans just before Christmas, which for obvious reasons, is possibly one of the best times to launch a must have limited edition product. Priced at £125 they’re around the standard price you’d expect to pay for a pair of brand new Replay jeans and because they’re limited edition the fit is taken from a previous pair of jeans that is now archived, offering a regular fit and a graded leg length. The obvious features that stand out on these amazing jeans are the eye catching silver rivets that are embossed with the Replay 30th Anniversary crest that can also be found on the buttons and inside the waistband. The jeans have a button fly with a silver waist button and three bronze aged buttons covered on the fly. 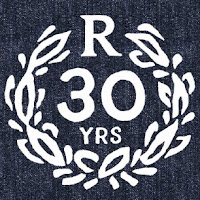 The 30th Anniversary jeans carry a five pocket design that is fairly customary with most modern jeans. They are stitched together with a dark or burnt orange thread that really stands out from the dark indigo blue denim and is used throughout the design. The belt loops are ‘worker style’ meaning they’re quite large and feature two on the front, two on the hips and a branded Replay belt loop on the back centre of the waistband. This is taken from a design from a pair of jeans in the archive from 10 years ago (the M905 for those denim enthusiasts out there). The cotton to make the denim has been imported from America purely for these jeans and is considered to be seen as the brand returning to its roots for the anniversary, as at one time America were the leading source of quality cotton for denim.

Throughout the wash of the denim there is a great whiskering effect that appears on the front around the thighs and more subtly on the front and back of the knees. A light blue pocket lining really finishes off the design of the jeans and really leaves you wanting a pair of these superb limited edition 30th Anniversary jeans be it that you need a new pair, or that you’re a lover of denim and want to own a piece of history. Either way you’d be mad to miss out on these amazing jeans. Plus, you get an amazing Replay bandana with each pair that can either be collected, worn on your head or in your pocket it’s purely your decision!

The 30th Anniversary Replay jeans are available on Mainline Menswear while stocks last, so if you’re a fan of the brand, a fan of jeans or just fancy some smart new jeans for the winter then this should be your first port of call.